What are open casting calls? Simply put, they're auditions that anyone can show up for. So everyone gets a shot. It's a beautiful thing.

So does that mean there are auditions that are not open to anyone? Yes. Directors will hold invited calls, contacting only a short list of actors they would like to work with. Wait... you didn't get a call from Steven Spielberg this morning? Well, here we are.

Open casting calls are the best way for aspiring actors to get noticed. If you attend a lot of auditions, casting directors will begin to recognize you, and are more likely to take a chance and cast you.

So attend every open casting call you can. Why not? It's free. Go get noticed! 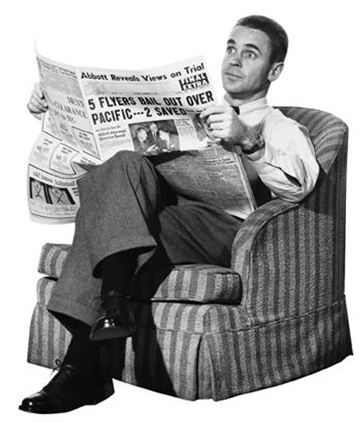 Back in olden days of yore, finding acting auditions meant traipsing down to the nearest bodega, laying down your silver nickel and picking up a copy of Backstage. But all of that is ancient history.

Today, it's easier than ever. Resources like Backstage.com (mainly plays and musical theatre) and ActorsAccess.com (TV, film, and commercial) provide would-be actors with all the info they need. They even have helpful articles about the industry.

The Disney Company holds open calls all over the world, all year round. If you get cast, Disney casting calls can get you some professional acting experience fast.

And remember to audition for off Broadway shows as well.

Another place to look is your local newspaper. You'll find many local auditions this way. It's especially helpful if you haven't built a network of connections yet.

Which leads us to my next tip: Networking is the absolute best way to find out about an acting audition. So go meet people, ask them what they're doing, and offer your services. You'll be shocked at how effective it is.

When looking for professional acting auditions, make sure you're right for the part.

Most audition notices will come with a breakdown. A breakdown does exactly what it sounds like: It breaks down the roles available, briefly describing each one. Facts like gender, age, and social status might be important. For example:

If you're 65 and balding, you might not want to audition for Hamlet, a young and handsome Prince of Denmark. But Polonius might be right up your alley.

Most beginning actors assume their path to stardom begins with finding an agent. If only they had an agent to send them on auditions, they'd be famous in a hurry. So they mail a headshot to every guy in town and hope for the best.

Well, it ain't that easy. Most of those headshots end up in the garbage. Why? Because everyone else mailed him a headshot too.

So what should you do instead? Get out there and make a name for yourself. You can get into almost any audition even without representation. Then, when the time is right, they'll come find you.

Open casting calls are the answer. The more often you get in front of casting directors, the more likely that they'll remember you, even know your name. (They should remember, it's their job!) Be persistent and you'll be landing acting jobs in no time.