Looking for Disney Channel auditions? Well guess what. You're not alone. Lots of child and teen actors wanna live the Suite Life. But just how many is 'lots'? Lucky for you, we crunched the numbers...

We get several hundred emails every month from readers just like you. 1 in every 4 of those messages is from a girl (sometimes a boy) between the ages of 10 and 16 who wants to be a star on the Disney Channel. So do the math. There are literally thousands of little girls out there who want to meet Zack and/or Cody. 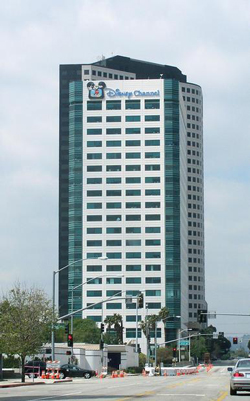 So here you are, boiz and gurlz. If you want to be a star on the Disney Channel, here's what you have to do...

What are the odds?

You know, there is another way to get into Disney Channel auditions. It involves years of diligence, professionalism, perseverance, and good ol' fashioned elbow grease. But instead of us telling you, why don't we hear it straight from the source?

Notice the vocabulary she uses: pursuing careers and actively working on their craft. Contrast that with the vocabulary that appears in our inbox: plz, dis iz my dreeeeem.

But here's what's most telling: Ms. Taylor reveals that these kids were already working actors. They had been pounding the pavement for years before they ever got into a room with Disney. And during that time they were busy doing local theatre, getting an agent, taking classes, networking around town, and everything else we've been telling you to do on this website.

If you're reading this because you want to score a TV series and become a Disney Channel actress like Selena Gomez or Ashley Tisdale, then go away. We can't help you. In fact, no one can help you. Take your Bieber Fever and hit the road.

If, on the other hand, you have a passion for acting, and you're serious about launching a career, We can help you. In fact, we really want to help you.

Always remember, your acting career is not about ONE channel, or ONE TV show, or ONE audition. It's about creating positive habits which will cause you to book jobs automatically.

The Mouse is Everywhere

You crazy kids might be on to something, wanting to get into Disney Channel auditions. Did you know that The Walt Disney Company is the largest entertainment conglomerate in the world? They have their furry little paws in virtually every media platform known to man: Theatre, television, film, radio, recording, publishing, animation, and the internet. Here are a few of the Disney assets:

The list goes on. It's actually kinda scary to think about.

Ever catch your favorite show on Hulu? Disney owns that too.

And let's not forget about their theme parks and cruise lines, currently operating on five continents.

And during these times of economic duress, The Walt Disney Company is still going strong, with Disney casting calls employing thousands of actors all over the world. If you're in entertainment, it's kinda hard to avoid working for Disney.

So don't worry. If it's Disney Channel auditions you want, chances are that at SOME point in your career, you'll get the attention of the Mouse. Just don't expect him to catapult you to fame and fortune overnight.