Acting Techniques and Tips for Actors

Acting techniques are at the heart of every audition. You can't just show up, you have to be good. We're gonna show you how...

Keep in mind, actors spend years and even lifetimes perfecting their craft. Stanislavski, Meisner, Adler, Hagen, and countless others. We can't just write one article and dub you learnéd.

So instead of teaching you how to handle Uncle Vanya or The Crucible, we're just going to tackle monologues, cold readings, and some simple tips & acting techniques to use for your auditions. 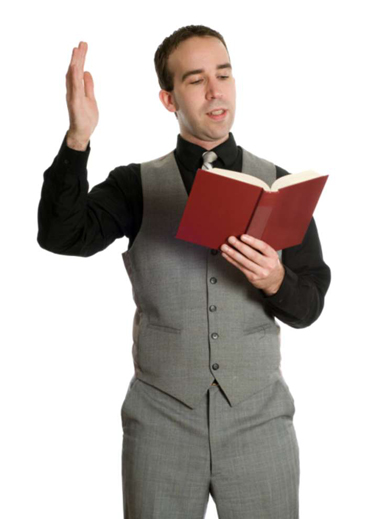 Acting monologues is definitely harder than acting scenes. Why? Because sound acting technique relies heavily on getting feedback from your scene partner. But in a monologue, you have no scene partner. You have to imagine them.

Luckily, we humans were blessed with vast imagination. Without it, we wouldn't have thought of books, the wheel, or story-telling. And actors are story-tellers. (Here are some acting exercises to get the juices flowing.)

Sometimes, especially in auditions for film or TV, you'll be asked to do a cold reading. They will give you a script and expect you to do it right then.

Ninety percent of the time, you'll get a few minutes on your own to read it over. These few minutes are extremely important. Spend them wisely.

"But what if I don't get a few minutes alone? What if they want me to read right away??"

Don't panic. Always ask (politely) if you can have a few minutes outside to read it over. They'll either say yes or no.

If they say no, then dig in. Be fearless.

Read the script over once or twice. It's usually only a couple of pages, so it shouldn't take long. Take a yellow highlighter to your lines. This is important because you'll be looking up from the page in the audition. You don't want to lose your place.

Then, start making choices. Choices about what?

Be specific. Generality is the enemy of art.

It's our acting Bible. Much like Ace Your Audition, Shurtleff focuses solely on acting techniques for auditions. But we find ourselves referencing his material even when in rehearsal for a play. (Even a few of our favorite acting quotes come from this guy.)

Do yourself a favor and go pick up that book.

Books and websites are great for theory. But if you truly wish to be an actor, you have to DO IT.

A man who dreams of being a doctor doesn't get off the bus in New York and say, "Well, I'm a doctor now." He goes to school, pays his dues, and gets his degree. Same goes for the profession of acting. Find one of the best acting schools and improve yourself.

Lastly, never give up hope. It takes years to become a working actor, so don't be dissuaded. Apply these acting techniques in your auditions, and we promise you, you're bound to turn a few heads!