The Acting Cover Letter - A 'How To' Guide

Ah yes, the acting cover letter. If you found this article, you're probably getting ready to mail your headshot & resumé to every agent, manager, and casting director in town. But before you do...

You need to write a fantastic acting cover letter. One that grabs attention. One that says, "I'm here. I'm available. Hire me!"

We used to do that too. We would beg, borrow, and steal the mailing address of every agent we could find. Then we would mail over 100 packages and start praying for a phone call.

But the phone never rang. And the worst part? We spent the 44¢ for postage.

Mailing headshots is expensive, time-consuming, and utterly pointless. Why? Because talent agencies receive hundreds, even thousands of them on a daily basis. But less than 2% actually find their way onto the desk of an agent. 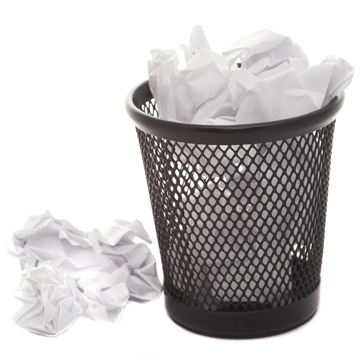 The other 98% find their way into the paper shredder.

So why would an actor do a mass mailing? Because it makes him feel like he did something to further his career.

But the only thing that will further your acting career is showing up. Attending auditions. Doing the work.

When to Use a Cover Letter

That being said, an acting cover letter can be useful. But how?

Let's say you meet an agent (or manager, or casting director) at a showcase, or a party, or a box social. That person is a new contact, so don't let that trail run cold. Instead, send them a package:

But what makes for an effective cover letter? That comes next.

How to Write an Acting Cover Letter

There's only one major rule when writing a cover letter: keep it short. Get your point across without wasting anyone's time. Remember, this is a business first.

Here's an example of a bad cover letter. I pulled this from Gordon Hunt's book, How to Audition.

And here's an example of a good cover letter, written by us.

Drop it Off in Person

What's better than sending your package through the mail? Dropping it off in person!

When you arrive at the agency, you obviously won't get past the gatekeeper... er, ahem... receptionist. Here's what you do...

Smile, give the receptionist your package and say: "Hello, would you give this to Mr. So-and-so? He's expecting it."

What's the bottom line? Use the acting cover letter wisely, and with discretion. The thing that will garner you attention is the work you're doing on stage and screen, not letters on a page.